Skip to main content
This is documentation for KubeVela v1.3, which is no longer actively maintained.
For up-to-date documentation, see the latest version (v1.4).
Version: v1.3

KubeVela is being developed using the following process: 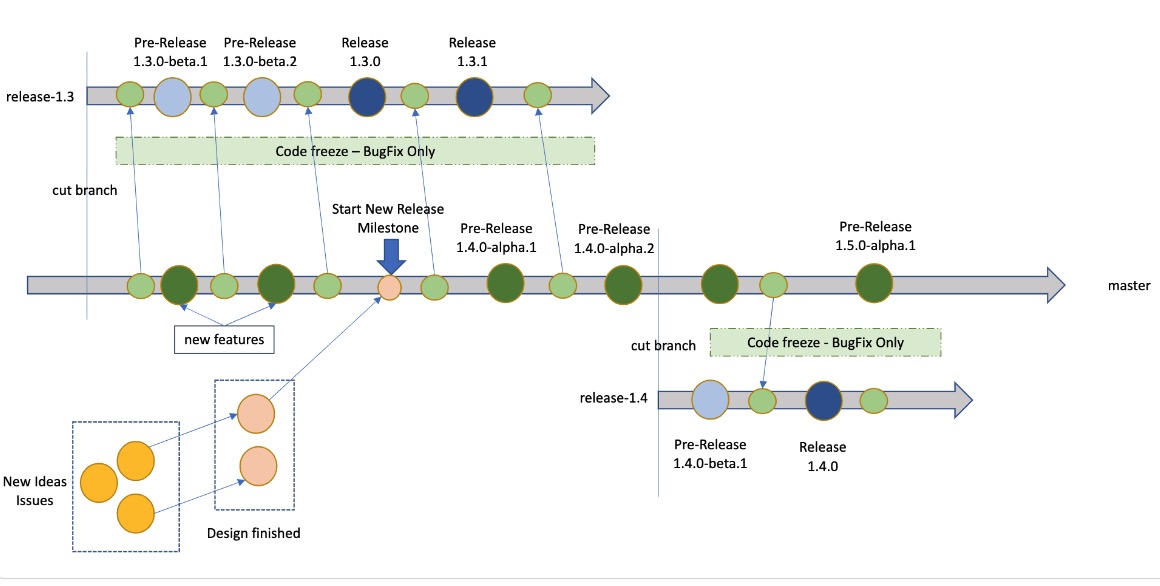 We are using GitHub milestones to perform release planning and tracking. Each release milestone includes two type of issues:

The milestone should have a clear description of the most important features as well as the expected end date. This should provide clarity to end-users about what to expect from the next release and when.

In addition to the next milestone, we need to maintain a draft of the upcoming release milestone.

We receive a lot of contributions from our awesome community, and we're very grateful for that fact. However, reviewing and testing PRs is a lot of (unplanned) work and therefore, we cannot guarantee that contributions (especially large or complex ones) made by the community receive a timely review within a release's time frame. Maintainers may decide on their own to put work on a PR together with the contributor and in this case, the maintainer will self-assigned the PR and thereby committing to review, eventually merge and later test it on the release scope.

We have a code freeze period two weeks before the release until the release branch is created. During code freeze no feature PR should be merged and it is ok to merge bug fixes.

Maintainers should drive testing and work on fixing last-minute issues before every release.